It has been a busy year at Casa Debbio. There was snow in late December 2014 and January 2015.

I arrived in February, keen to start work on the new garden on the terrace below the house, but I had to wait a while for plants to arrive in the nursery. Meanwhile daffodils began to appear. 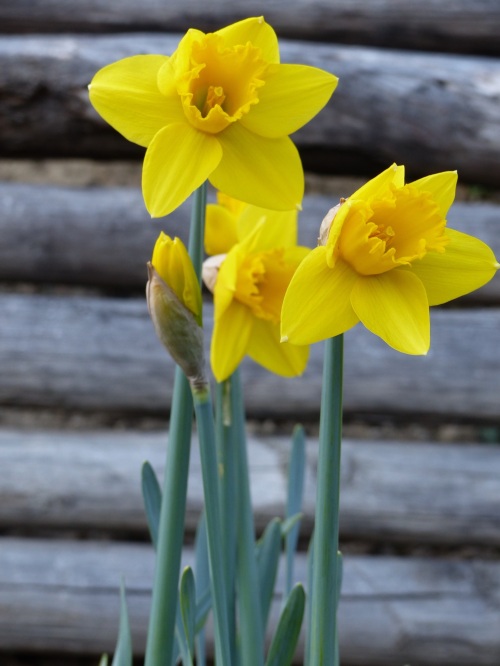 As soon as I could I began buying new plants.

In April things started to move in the garden. My weeping cherry put on a great spring show. 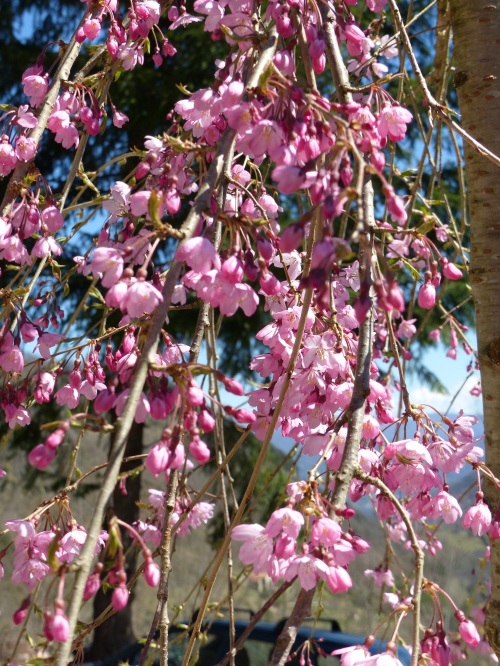 Tiny figs began to appear. We have a couple of old fig trees that have been on the property for years and we have planted several new ones.

The magnolia produced flowers. I am hoping this tree will provide shade at the front of the house in a year or two.

The aquilegias grew lots of flowers and they stayed for months. 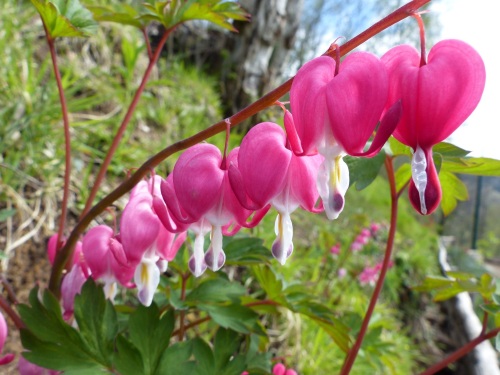 The terrace below the house began to take shape.

There was at least one spectacular moon.

…and a rainbow or two.

Our lavender went crazy this year. 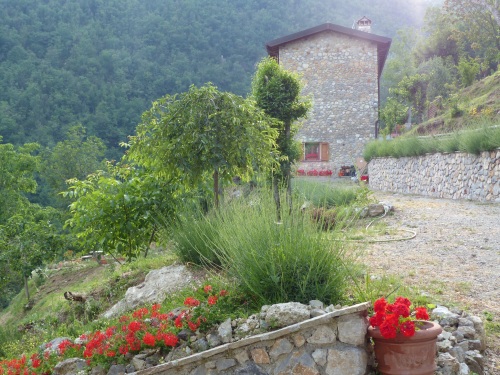 We had wild daisies everywhere for a while. 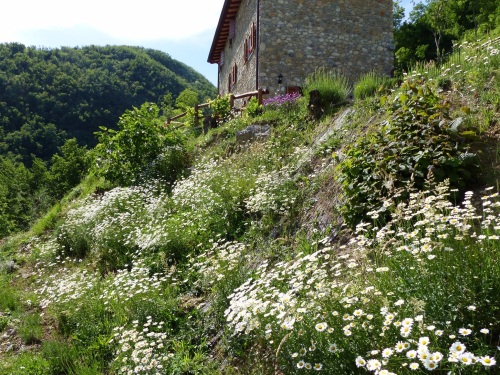 It was a very dry spring and the plants needed lots of watering, but the terrace below the house gradually started to fill up. It is going to look stunning by the end of spring 2016.

We we will eventually have beautiful fruit trees behind the house. We have planted about 40 trees, apples, figs, cherries, peaches, quince, pomegranate, persimmons and pears.

Another of my peony plants produced blooms…22 just like this.

I had to drag myself away in June to return to Australia while Casa Debbio welcomed guests from Australia, Belgium, Germany and England over the summer.
I returned in September to find the garden to find all the figs had been eaten, (I hope not all by birds) but lots of tomatoes and raspberries left.

I had my very own pomegranates. 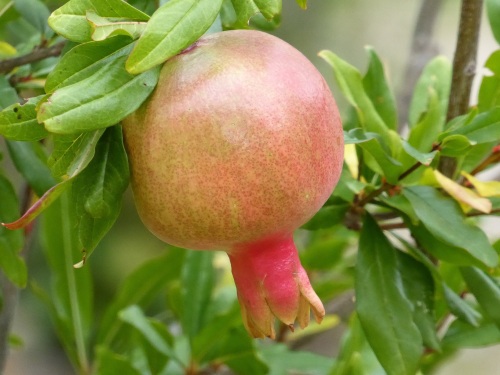 Hydrangeas were still in bloom.

The geraniums around the barbecue did very well…thank you to Filippo who was at the house every other day at 6.00am to water. It was a long, dry, hot summer. He managed to keep just about everything alive. The only plants I lost were the ones I planted too late in the spring. It was just too hot for them.

I gathered huge bunches of lavender from the garden. We have almost 200 hundred plants now. Every room in the house has vases full of lavender. Then I pruned them so they will keep their shape next year.
We finally got some much needed rain and the garden loved it…so did I. It saved me hours of watering.

There was time for several lunches in the terrace.

…and time to just admire the view.

Filippo and Ricardo built a pergola beside the house, which I hope will be covered with wisteria next spring. They laid some beautiful hand made terra cotta tiles around the house and next year will build another pergola in front of the house to provide shade. I will be back in February to get this underway.
As I left Casa Debbio for the last time this year in late October the yellow leaves were falling from the trees on the way out of Vergemoli…it was difficult to leave.

My friends in the village have told me that the weather there right now is warm and sunny, but winter is expected to finally arrive in the next week or two.
There will be more planting, weeding, watering, building, lunching and enjoying when I return in 2016…can’t wait.
We now have an official website casadebbio.com. I have a bit of work to do on it, but there is lots of information for anyone wanting to rent a gorgeous house in a magnificent mountain setting.
Please share with anyone who might be interested.